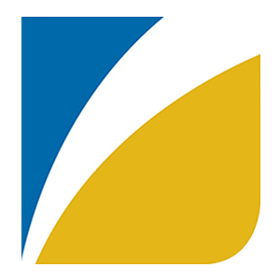 SUNY GCC Spring 2022 Provost's List
212 students from Genesee Community College named to Provost's List. Students honored on the Provost's List have maintained part-time enrollment and earned a quality point index of 3.75 (roughly equivalent to an A) or better. 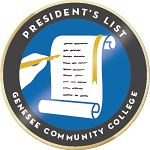 SUNY GCC Fall 2020 President's List
297 students from Genesee Community College named to President's List. Students honored on the President's List have maintained full-time enrollment and earned a quality point index of 3.75 (roughly equivalent to an A) or better. 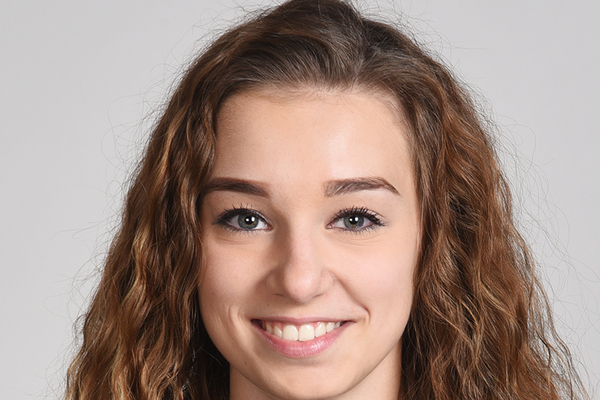 Genesee Community College Students Receive Academic Achievement Awards
Genesee Community College was notified by the State University of New York (SUNY) that two of its students will receive the 2020 SUNY Chancellor's Award for Academic Excellence and Leadership. Specifically, Anna Adams, an international student from Germany and Mackenzie O'Brien of Akron, New York are the two GCC students to be honored with this recognition. The Chancellor's Award for Student Excellence was created in 1997 and is among the highest honor a SUNY student can receive. The Chancellor's Awards recognize students who have demonstrated academic excellence, leadership, athletics, community service, creative and performing arts, campus involvement, and/ or career achievement. In addition, Neil Gillotti of Middleport, New York, and Ms. Adams were also named Phi Theta Kappa All-New York Academic Award recipients for 2020. Phi Theta Kappa is the largest honor society in community college higher education, serving nearly 1,300 colleges in all 50 states and nine sovereign nations. Members of the All-New York Academic Team are recognized for the academic achievements, leadership accomplishments and engagement in community service. All three of these outstanding students were to be recognized at SUNY's annual ceremony in Albany this semester, but the event was unfortunately cancelled due to the Coronavirus pandemic. "The award ceremony is always a powerful experience for both students and staff," Dr. Shelitha Williams, GCC's Vice President of Student and Enrollment Services said. "These students have worked hard for these honors and nothing can take that away. This has certainly been a unique semester and we continue to recognize and honor these students for their outstanding achievements." About Anna Adams As a Digital Arts major, Adams has maintained a 4.0 grade point average earning her President's List recognition. She participated in the College's Honors Program, which encourages superior academic work, originality, and independent, creative, interdisciplinary study. She is bilingual and served in various capacities as a college intern within GCC's International Student and Admissions Offices, as well as a work-study student in GCC's Mac Lab within the Digital Arts Program. In addition, Anna was president of the International Student Organization, a graphic assistant in the New Courier student newspaper, a member of the International Communications Club and a participant in the Scholar's Symposium. One of Anna's many projects was creating a series of 'vlogs' or video blogs. Adams hopes to transfer to Loyola Marymount University in Los Angeles and continue her work as a visual artist to one day work for Walt Disney Animation Studios in Burbank, California. About Mackenzie O'Brien Outside her Criminal Justice classrooms and labs where she earned President's List recognition, Mackenzie was a three-sport student-athlete and also captain of GCC's Women's Soccer and Lacrosse teams. She is a two-time All-Conference and an All-Region soccer player who was one of only three freshmen starters to lead the team to a Regional Title and National appearance in the Elite Eight. In addition, Mackenzie served as the president of GCC's Leaders in Education, Athletics and Development of Student (LEADS) program that provides insight, support and leadership to promote and advance the College's broad-based athletic program. She was also a member of Phi Theta Kappa. After graduation, Mackenzie plans to transfer to Alfred University to earn her Bachelor's degree with long-term plans to become a criminal investigator specializing in forensics for New York State Police or the FBI. About Neil Gillotti Neil Gillotti is currently serving as the student representative on GCC's Board of Trustees for the 2019-2020 academic year. He is a Computer and Information Sciences major with plans to transfer to Rochester Institute of Technology for a Bachelor's degree in Engineering, working toward a doctorate and a life-long career in aerospace. He was a president of GCC's PTK Chapter, working on various fundraising activities and also advancing the GCC Chapter to Five Star status. Outside his academic commitments, Neil was instrumental in founding a new church, God's Voice Ministries which provides extensive outreach services to many diverse groups. Adams, O'Brien and Gillotti worked hard for these honors which have earn them places in GCC's Recognition Matters series which highlights the accomplishments of the College's faculty, staff and students. For more information, contact Marketing Communications Director Donna Rae Sutherland at (585) 343-0055 ext. 6616, or via email: dsutherland@genesee.edu. 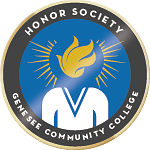 Honor Society - 2019 May 8
Safe Zone Training
Completion of this workshop provides key understanding in the identity and coming out process of LGBTQ+ individuals.

Business/professional - 2019 Jan 24
Newest GCC Students Join the Cougar Pride
GCC was excited to welcome the newest members of the Cougar Pride to campus during Student Orientation on Friday, January 11, 2019 in the Forum on the Batavia Campus! 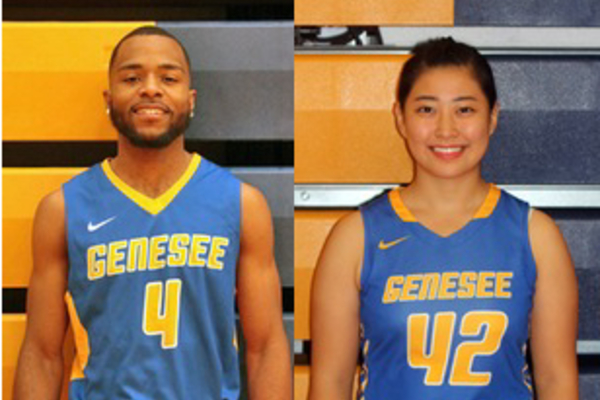 Athlete of the Week
Kevin Major and Erina Ishiguro were named Genesee Athletes of the Week for the week of February 25. 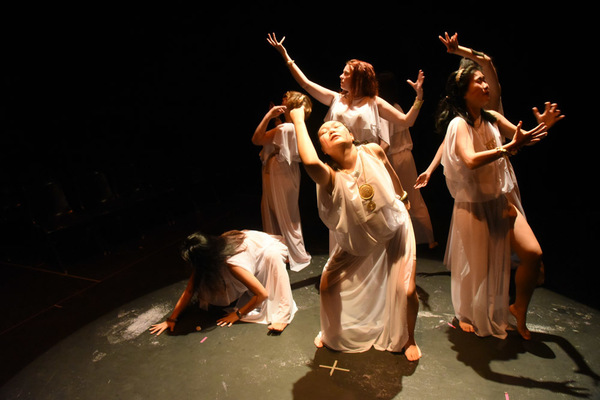 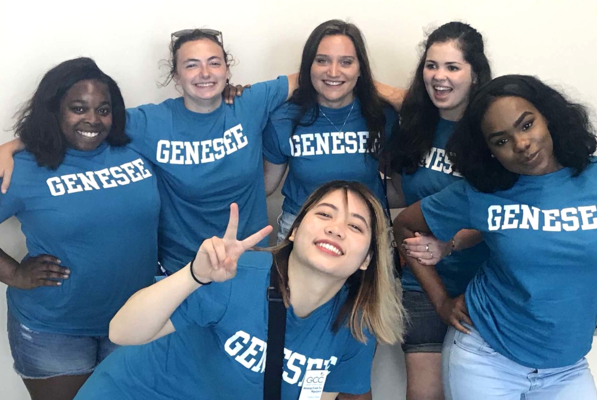 2018 Summer Orientation Leaders
Orientation Leaders (OLs) are current students who work over the summer as GCC ambassadors assisting with summer orientation programs for first-time or transfer students, and their parents & family members. OLs continue to serve throughout the year as mentors and share their experience as successful students to aid in the transition process for incoming students. 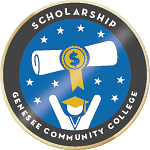 President's Scholarship Award Winner
These competitive scholarships are awarded to students who have maintained high academic standards while in high school, and whose co-curricular efforts have formed the beginning of a lifelong pursuit of extraordinary achievement. Recipients receive two years of tuition-free education at Genesee provided they meet and maintain eligibility requirements.

Scholarship - 2018 Jun 27
SUNY Geneseo Announces Dean's List for Spring Semester 2018
The State University of New York at Geneseo has announced its Dean's List for the spring semester 2018. To be on the list, a student must have achieved at least a 3.5 grade point average while taking a minimum of 12 credit hours. 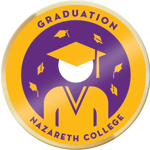 Earned GCC Leadership Certificate
Through the Leadership Certificate Program, students are empowered to learn about and practice their skills to prepare for leadership roles on campus and in their future careers, communities and families. The mission of this program is rooted in a commitment to developing and enhancing a personal philosophy of leadership, a greater sense of self, an increased ability to relate to others, and deeper understanding of inherent responsibilities of active citizenship. This mission is accomplished through understanding and application of specific leadership theories and models through an online platform as well as service learning experiences, volunteerism, and active engagement in the college community. 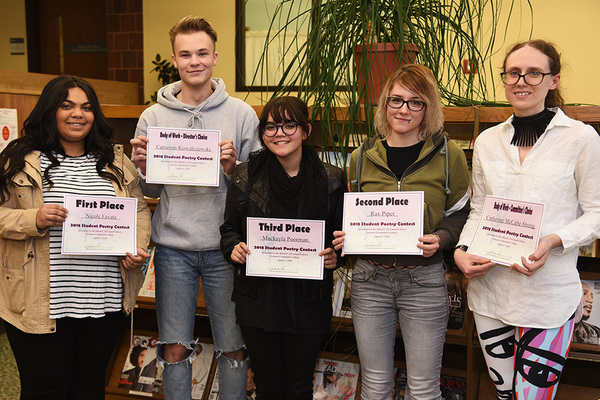 Student Poetry Contest Winner
For the 17th year, the poetry contest illuminated the unique and impressive talents of GCC's students. On Tuesday, April 17, 2018 the five winning students were honored at an awards and recognition ceremony in the Alfred C. O'Connell Library where they each received a certificate, gift card, and a journal to encourage them to continue their writing.